(Disclaimer: I have not read Fifty Shades of Grey, however, I am NOT condemning anyone who has. Furthermore, I am not and do not claim to be a therapist. This post is simply meant to be a biblical perspective on a worldwide phenomenon.)

I would say that it is in the DNA of most women to want to be pursued and desired. We want our man to sweep us off our feet and carry us into the bedroom. We want to make love passionately. But more importantly, we want to feel safe and secure in his arms.

So if sex is good and it is a gift from the Lord (see Song of Songs), then why the big stir over Fifty Shades of Grey?  Here is my humble opinion:

Why is it that when the submission of a woman is mentioned in the church, women are offended, but when it is put into a sex novel, women are aroused? This makes no sense. The submission of a woman to her husband is supposed to be a beautifully freeing concept. However, within this book the main character, Christian Grey, repeatedly insists on female lead, Ana, to sign a contract stating that she is willing to be “the Submissive” or “Sub” and he is “the Dominant” one or “Dom.”  Christian’s goal of Ana’s submission is his attempt to make her a lesser human in the “Red Room of Pain.” As the Dom, Christian will financially provide for Ana, the Sub, and in return she will submit to every need and want that he has. Breaking any of the rules will result in punishment of the Dom’s choosing, such as whipping or spanking (which, by the way, actually happens to Ana in the book). (Source: www.thebookspoiler.com) This sounds a bit like a dictatorship, and I, for one, would not be comfortable with this arrangement, nor do I see it as an act of true love.

The Bible says, “Wives, submit to your husbands, as is fitting for those who belong to the Lord.” (Colossians 3:18 NLT). I love how The Bible Exposition Commentary explains this verse:

The fact that the woman is to submit to her husband does not suggest that the man is better than the woman. It only means that the man has the responsibility of headship and leadership in the home. Headship is not dictatorship or lordship. It is loving leadership. In fact, both the husband and the wife must be submitted to the Lord and to each other (Eph. 5:21). It is a mutual respect under the lordship of Jesus Christ.

The point is that when a couple is following Jesus as Lord, there is respect for both sexes.

A study at Michigan State University found that young women who read Fifty Shades of Grey are more likely to have abusive partners, more likely to be binge drinkers, more likely to have unsafe sex, and more likely to have eating disorders. Lead researcher Dr. Amy Bonomi argued that the best-seller was “perpetuating dangerous abuse standards,” romanticizing a plot where the lead female character becomes “disempowered and entrapped.”  Dr. Bonomi cites emotional abuse strategies used by Christian–stalking, intimidation, isolation, and humiliation–to manipulate and control every aspect of Ana’s behavior.  These strategies are consistent with the U.S. Centers for Disease Control and Prevention’s definitions of intimate partner violence. (Source: http://online.liebertpub.com/doi/full/10.1089/jwh.2014.4782).

Obviously, women that romanticize Ana’s character are playing with fire.

It is not affirming to a woman to be abused, even if the abuse is being sold to her as erotica or as a “turn on.” Please, if you find yourself in an abusive situation, I implore you to seek out help as well as godly council.  (National Domestic Violence Hotline: 1-800-799-7233)

People are broken vessels. If we live long enough we will not escape hurt from others that can damage our self-worth. That is why it is important for us as women to find our identities in Christ, not in a mortal man, regardless of how sweet, sexy, or rich he is.

When we trust Jesus as our Savior, we put on a “new self.” Colossians 3:10 speaks to the new self by saying, “and [you] have put on the new self. You are being renewed in knowledge according to the image of your Creator.”

So the question becomes: Who does God say I am?

He says everything and more that I would want a man that I am in love with to say to me.

In the end we know that true love is not perverse, abusive, nor self-deprecating. So what exactly is true love? Well, love is patient and it is kind. It is not envious, nor does it boast. Love is not rude. It is not self-seeking. Love does not delight in evil, but rejoices in the truth. 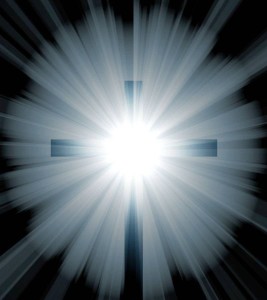