It’s been over two weeks since Northeast Louisiana was drenched by torrential rains and flooding.  We received over 24 inches of rain in a short amount of time and the water had nowhere to go, except to flood entire neighborhoods and homes. 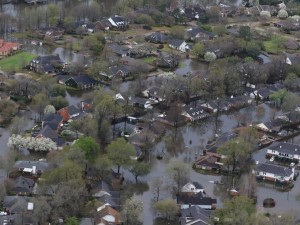 Evacuations were issued.  The young and the old were leaving by boats in the middle of a severe lightening and thunderstorm.  Some waited it out, only to find that they would be trapped inside their home for days until the water slowly receded.  It was especially sad to see home after home filled with water and belongings just floating among the rain soaked walls. 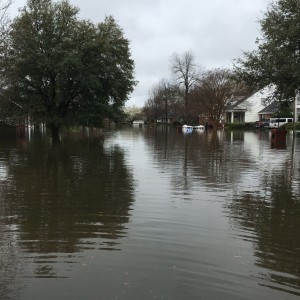 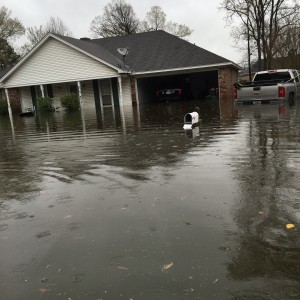 But as the sun finally began to shine on our community, so did the church.

It didn’t take long before disaster relief teams were formed and entire church bodies were mobilized and sent out to the neighborhoods that were hit the worst.  I witnessed one such congregation come to the home of my friend whose home had been flooded with several feet of water.  These men and women worked swiftly and tirelessly to remove her furniture, rip up her stinking carpet, salvage what they could, and sweep out the remaining water.  And when they were done with her home, they moved on to her neighbor’s home, and then the next home. 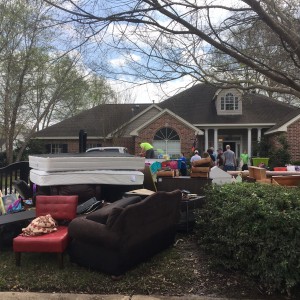 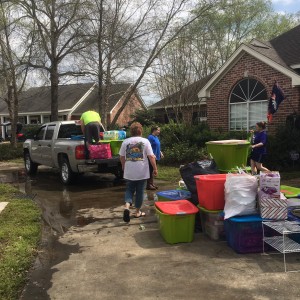 And then came the food.  In the south we believe that feeding others is one of the top ways that we should show each other love.  And we did it well.  Those that flooded in my neighborhood had both lunch and dinner delivered faithfully by the local churches and volunteers.  One church I know provided over 10,000 meals to the surrounding community.  I was blessed to be able to work on my own church’s cook team and I’ll just say the eatin’ was good!  Hands and feet of Jesus delivering meals. 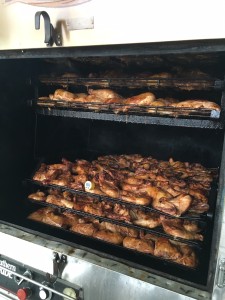 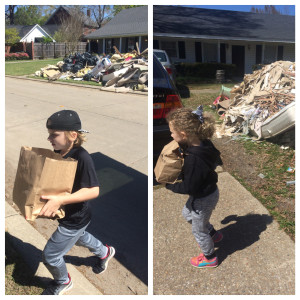 “Hands and Feet” was the term that I heard over and over again throughout these past few weeks.  St. Teresa of Avila painted this beautiful picture that I believe encapsulates our community so well:

Happy Good Friday, Friends! Thank you for being His hands and feet!